Best Nitro-Cold-Brew-Recipe 2021 that is Perfect for Summer

There are several new trends of brew nowadays. But one of the latest and most popular in the industry is nitro cold brew.

This smooth drink features a cold brew that is infused with small bubbles of nitrogen. Its unique taste and texture have rapidly increased its popularity among coffee enthusiasts.

Infusing coffee with nitrogen delivers the best results in a foamy and smooth brew that is thicker compared to a regular brew.

In today’s how-to guide, we will go through the various facts of nitro cold brew and learn how to make it with our expert nitro-cold-brew-recipe.

Keep on reading to get to the details!

What is Nitro Cold Brew?

Nitro cold brew refers to coffee that has been cooled and then infused with nitrogen for a unique taste and texture.

What Makes Up Nitro Cold Brew?

This lip-smacking drink starts with a classic cold brew recipe, which involves a pretty intense process. The cold brew takes preparation and time to achieve. But the end result is a soft citrus flavor with deep syrupy sweet notes that occur naturally in the cold brew recipe.

Then you can add texture to the cold brew by using nitrogen infusion. The classic cold brew is infused with nitrogen to complete the nitro-cold-brew-recipe. As the nitrogen-infused drink is injected into a cup, a beautiful cascade of textures and colors is revealed.

The mouthfeel is smooth and creamy with highlighted flavors. You get this stunning cold crema on top of the nitro cold brew. The crema helps give your brew a longer aftertaste and a fuller flavor. You could even get a little cold crema mustache.

Are There Any Benefits to Drinking Nitro Cold Brew?

Here are some of the benefits of drinking nitro cold brew:

According to research, coffee is packed with antioxidants that have anti-aging effects. A single cup of nitro cold brew is said to have about 200 to 550 mg/cup of healthy antioxidants (which help repair damage caused by free radicals and fight toxicity in the body). The antioxidants found in coffee can even help balance cholesterol levels.

A well-prepared nitro-cold-brew-recipe gives you a drink that has deep syrupy sweet notes and a creamy top with a cold crema. With the unique taste and texture, you will hardly need to add sugar into the brew. What better way to reduce your calorie intake.

The nitro cold brew sounds like an interesting, mouthwatering drink, right? Let’s get into the nitro-cold-brew-recipe and learn how to make it like professionals.

How to Make Cold Brew Concentrate

There are two popular methods of making cold brew concentrate, which include the following.

In this cold brew concentrate recipe, you need to use a brew ratio of 1 to 6. This is the same as 100 grams of coffee beans to 600 ml of cold water.

Then you have to think about the grind size and brew time. We recommend you let the coffee brew for about 12 to 24 hours. But the optimal brew time is roughly 16 hours. You can prepare it in the afternoon and it should be ready by morning the following day. Use a coarse grind size for the best results.

Stir water and coffee in a large glass. Give the mixture a little bit of time for the raft of ground coffee to develop. Stir after approximately 10 minutes. Then use plastic wrap to cover the glass and allow it to sit for 24 hours at room temperature. Use a filter to filter the concentrate.

You can refrigerate the concentrate in an airtight jar for up to a week.

You can also use a whip cream dispenser to quickly prepare cold brew concentrate under pressure. This significantly reduces the brew time to under 1 hour.

Start the process by adding 9 ounces of coarse ground coffee to a 1 liter whipped cream dispenser. You need this large quantity of coffee because you are making cold brew concentrate. Then add 3½ cups of cool tap water and stir thoroughly to effectively combine the ingredients. Once you are satisfied that the contents are combined, go ahead and seal the cream whipper.

When the cream whipper is fully charged, give it 10 to 20 shakes to distribute the nitrous oxide gas. Then allow the whipper to settle for around 5 minutes.

Then discharge the N2O gas by slightly pressing the lever while the cream whipper head is facing up. Place a glass in front of the nozzle to avoid messing your kitchen with whipped coffee. Recharge the whip cream dispenser with two more cream chargers and allow it to settle for 1 hour to get the best brew.

Discharge the gas again after the hour mark. Remember to place a glass or cup in front of the nozzle as you gently squeeze the lever.

Then open the cream whipper head and pour the concentrate through a coffee filter and into a glass measuring cup. Let all the concentrate go through the filter. You can squeeze it to get the most out of the mixture.

Your concentrate is ready. Now you can work on your nitro-cold-brew-recipe.

How to Make Nitro Cold Brew

For this recipe, you will need nitrogen chargers and a compatible nitro coffee dispenser.

You could use a traditional cream whipper, but the nitrogen chargers may not fit on the head of your whipped cream dispenser. If you choose to use nitrous oxide chargers instead of nitrogen ones, then you may not get the best results.

Start by decanting the cold brew concentrate into the nitro coffee dispenser. The maximum capacity you can add to the flask is 1 liter. Seal the flask with the dispenser head.

Then unscrew the nitrogen charge holder, slide the cartridge into the holder with the slender side facing outwards, and screw it back onto the head. You will know the nitrogen has been injected into the nitro coffee dispenser if you hear a sound. Shake the dispenser a few times to mix the nitrogen with the cold brew concentrate.

Select the most ideal glassware for serving your lip-smacking nitro cold brew. The glassware you select should be able to keep the drink cold while improving the aromatics and the cold crema. Preferably a tulip-shaped or Courvoisier glass. Hold the dispenser with the head facing down at about a 60-degree angle and gently press the lever to inject the nitro cold brew into the glass.

That smooth and creamy liquid with highlighted flavors is your nitro cold brew.

Is nitro cold brew bad for you?

Nitro cold brew has similar ingredients found in regular coffee. So, the drink isn’t bad for you. There are a few benefits to drinking this type of coffee. For example, it is high in antioxidants and improves mental and physical performance. It may even lower your risk of cardiovascular problems.

Can you add creamer to nitro cold brew?

Freshly served nitro cold brew will have a creamy layer thanks to the micro-bubbles infused by the nitrogen. But you can be more creative and add a creamer (such as flavored whipped cream) for a more enhanced taste.

How long can you keep a nitro cold brew in the fridge?

Refrigerating cold brew concentrate that is charged with nitrogen can effectively extend its serving life. The most recommended period is 2 weeks, but it could remain fresh and ready for serving for up to 3 months.

What’s the difference between cold brew and nitro cold brew?

The main difference that distinguishes the two is the texture. The nitrogen infusion gives a smoother and richer texture with the unique cold crema. As far as strength is concerned, nitro cold brew tends to have more caffeine compared to cold brew.

Nitro cold brew, which was not in existence until 2011, took the coffee community by a surprise with its unique taste and texture.

The infused nitrogen ensures you get an effervescent taste, creamy texture, as well as beer-like head of foam. Starbucks and other big names in the industry have taken nitro cold brew to a whole new level.

So, is nitro cold brew the future? You have to attempt the recipe and discover how fun it is to make this unique type of brew.

Visit greatwhips.com to get some of the kitchen tools and ingredients you will need. 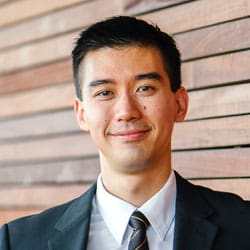 Greatwhip is one of China’s largest suppliers of cream chargers. We have over a decade of experience in the cream charger industry.

How to open a cream charger without a cracker

A cream charger is a steel cylinder or cartridge that contains nitrous oxide and is used as a whipping agent in whipped cream dispensers. It 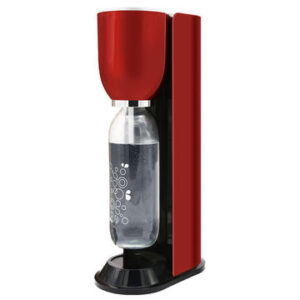 Most people aren’t aware of or don’t discuss the many health benefits of carbonated water. Perhaps you aren’t a fan of recycling and disposal of

© 2021 All rights reserved By GreatWhip

Ask For A Quick Quote

We will contact you within 1 working day, please pay attention to the email with the suffix “@greatwhips.com”.